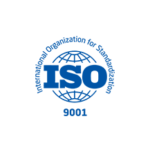 The electric system detects any attempts to drill or damage the panel and especially its outer coating. The company’s electrical engineers diligently planned a lattice structure that is installed on the inside of the panel. The purpose of which is to warn in the early stages of any breakthrough attempt to assault or damage the vault room.

When the product was tested at the Israeli Standards Institute, during the initial stages of attempting to melt the vault room matrix wall with a torch, a warning was sent to the security center. This occurred within 7 minutes after starting the planned breakthrough attempt. The matrix is designed warning of any pressing, bending or cutting, while contacting the security center, which receives a comprehensive indication of any attempt to harm the panel.

The wiring of the E-100 control and alarm system is entirely located within the vault room, which cannot be accessed from outside the vault room. You can benefit from a variety of options for selecting the protection zones, ranging from individual panels to the wall, ceiling and floor. Every received alert is real warning, and it detects the location of the panel where the penetration attempt is made. The E-100 system provides a solution to future water sawing attempts, which are foiled by this system. And yes, the system is installed in the panel and disables possible burglary attempts with zero false alarms.

Strong Solutions for your business